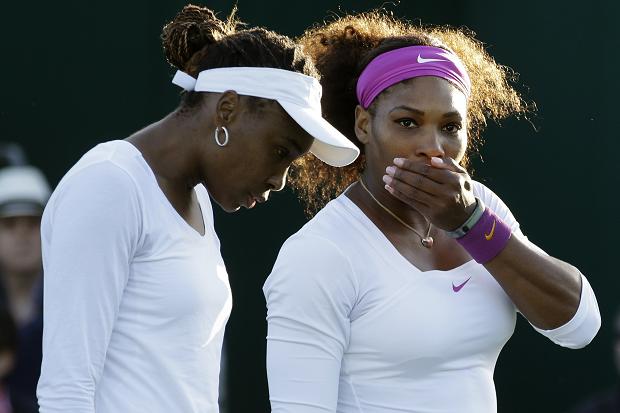 Roger Federer likes all the knots on his tennis racket strings facing a certain way. Pete Sampras would have his rackets re-strung at 3am after locker-room chat among his rivals created doubts in his mind.

Professional racket-stringers know each player’s exact tastes and adhere to their every whim — or face their wrath.

Liam Nolan, stringer to the stars, has learned this the hard way: as Wimbledon’s former head stringer, he has worked for almost every star on the circuit. “They throw their weight around. If they lose a match, it’s never their lack of skill, it’s always the fault of the stringer. They vent their frustrations on those in the area . . . if they see somebody they don’t know or who looks a bit fragile.”

Mr Nolan is good friends with the Murray family, praises Rafael Nadal’s barbecuing skills and thinks the Williams sisters are “horrible people”. Novak Djokovic and Janko Tipsarevic even went to him for advice, he said, on where to pick up women.

But most of the players do not arouse strong feelings in him one way or the other because they are so boring.

“You don’t want to be stuck in a lift with Roger Federer — well, I certainly wouldn’t. He’s quite happy to enjoy a coffee and sit down with you and not talk for half an hour. The players are really not very exciting people. They live in their own little world.”

“Even if they haven’t used the strings in one of the rackets, they’ll get the whole lot chopped out and start all over again. You slave over each racket. They need to feel confident that when they’re out on court and a string breaks, when they reach into that bag for the next racket, it’ll feel exactly the same as the one they have just been playing with.”

Federer, apparently, is the biggest stickler of them all. “I was once on Swiss TV with Federer and they were asking him why he chose me as his stringer at Wimbledon. I was hoping Federer was going to say: ‘Liam’s a really cool guy, he’s smashing’, but what he said was: ‘Liam does the stringing exactly the same, every time’. So in fact he was quite happy that I was like a human robot.

“I was a bit disappointed, but then his coach said to me: ‘No, no, from Federer, that’s the highest compliment’.”

Stringers at Wimbledon are paid just £100 for a 13-hour day, according to Mr Nolan, and in that time have to string up to 32 rackets, working complicated machinery with only a half-hour break. Mr Nolan left in 2002 to found the UK Racket Stringing Association. But having worked at the championships at Wimbledon for 20 years, he has a few stories to tell.

“I didn’t like working with the Williams sisters: they’re very horrible people really. I remember we were raising some money for a kids’ hospice and we would have two T-shirts that we’d get all the players to sign and they were the only two who refused to sign it because they said they had not got enough time. That’s the kind of thing you get.”

Others are very down-to-earth. Anna Kournikova was forced by her mother, who would not put up with diva behaviour. Mr Nolan remembers when they both went to his workshop to talk rackets.

“I said: ‘How about I offer you a cup of tea or coffee?’ and her mum said: ‘Yes, a cup of tea would be lovely, but Anna will make the tea’. And Anna Kournikova was not impressed by this at all. Ten minutes later she had to walk through where all the stringers were with a tray of teas.

“In the Davis Cup, Djokovic and Tipsarevic came down having had a shower and they said: ‘Liam, we’re going into town — where can we go to get the women?’ So I said: ‘Well, I don’t know of any women but I can possibly save your lives. It’s Saturday, you are in Glasgow, they’re playing football and you’re both wearing blue shirts. You stand a 50-50 chance of getting stabbed.” So they came down in two white shirts, got in a taxi, and survived.”

Whether or not they achieved their objective, Mr Nolan would not reveal.